Skip to content
Click here to WhatsApp us!
Book with confidence and enjoy a safe holiday
Find your safari

Explore all the wondrous terrain and animals on offer throughout the parks of the northern Circuit from the open rooftop of a 4×4 safari vehicle.

Experience the best of the open road on this once in a lifetime adventure into the Tanzanian wilderness. The journey in a 4×4 safari vehicle with a pop-up roof can be tailored to your liking as the options are endless. Starting and ending in Arusha, you can design your dream adventure or let one of our safari consultants create the perfect 4×4 safari itinerary according to your specification.

Arusha is the safari capital of the country and a bustling ‘tourism driven’ city. You will be met by your driver-guide guide in Arusha and together you will begin the transfer to Tarangire National Park to start your private safari game drive. The name of the park originates from the Tarangire River, which crosses the park and is the main source of freshwater for the wildlife. This quiet park is famous for its elephant migration, bird life and authentic safari atmosphere. You will enjoy a packed lunch at midday and at the end of the afternoon’s game drive you will make your way to Africa Safari Lake Manyara. On arrival you will have time to refresh before finishing the day with dinner under the stars and a good night’s sleep in one of our comfy canvas accommodations. 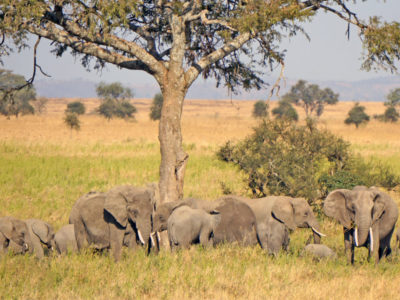 Time to take it easy – African style! One of the favourite Swahili expressions is pole pole (slow slow) and that’s exactly how today will go! You may wish to sleep in following several busy days filled with activities and travel or perhaps enjoy a second easy coffee while watching the animals graze nearby the restaurant. After breakfast you will visit the traditional home of the Maasai, the Maasai Boma – which consists of a variety of small huts made of mud, sticks and cow dung. The boma is surrounded by a circular “fence” of thorny bushes to protect the tribe and their cattle from predators. On your visit you can practise a traditional dance, engage in a conversation about daily life, traditions and customs and admire the beautiful bead works of the Maasai women. The remainder of the day can be spent in relaxation mode; take a refreshing swim in the pool, read a book and before you know it, it is time for a meal with fresh vegetables from our own garden. 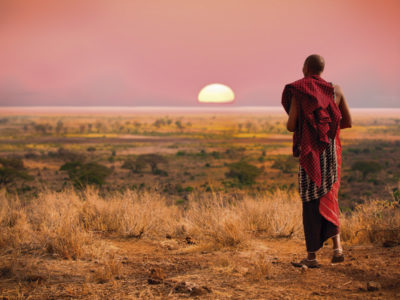 Nothing but nature – Ngorongoro Crater Magic!

Be sure to wake up early today, so there is no delay on your descent into the famous Ngorongoro Crater. As soon as you arrive in the Ngorongoro Conservation Area you will be amazed by the beauty around you. Even more so when you arrive at the edge of the crater and take in the amazing view over one of the natural wonders of this world. The crater of this inactive volcano is approximately 3 million years old, 20 square km in size and the largest unbroken volcanic caldera in the world. Due to its natural borders, the wildlife in the crater is amazing. The crater is home to the Big Five and offers a good chance to spot the rare black rhino. Throw hyena, zebra, buffalo and elephants into the mix, and you have the perfect canvas for a pretty awesome safari experience. At the end of the afternoon you head back to the lodge, Africa Safari Lake Manyara, for a well deserved nights’ sleep. 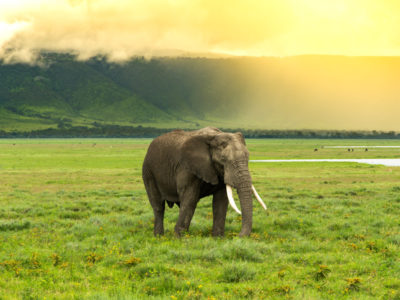 After a good night sleep, today is the ‘day of the lions’. An early breakfast prior to checking out and after that you will be driven to Lake Manyara National Park itself. The park is approximately 330 square kilometres of which 200 square kilometres makes up the lake itself when water levels are at a maximum. From a sea of pink flamingos as far as the eye can see to bull elephants at close range, Lake Manyara showcases a superb variety of herd animals and birdlife. One of the very special aspects of this park are the tree climbing lions. After exploring this park with its groundwater forest, around midday you commence the drive back to Arusha. You will arrive with a camera full of pictures to share with friends and family and look back on the amazing memories created on your African endeavour! 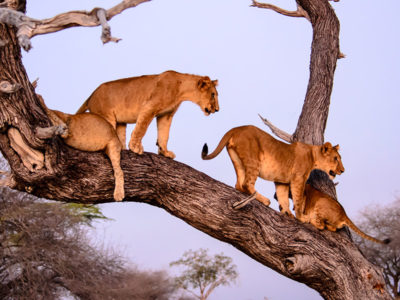 Africa Safari Lake Manyara is located between the foothills of Ngorongoro Crater and Lake Manyara however far more distinguished is its position that could easily be mistaken for being right in the middle of the National Park. The accommodation site is a safari in and of itself with various room types scattered throughout the diverse grounds. The Luxury accommodations can be reached by walking through subtle bushland to reach one’s very own private ‘safari cabin’ complete with hammock, raised wooden deck, living room and beautifully rustic interior. The premium bungalows share the same view as the restaurant/bar & dining area and you couldn’t find yourself in closer proximity to wildlife. While you sip on a cool refreshing beverage at the end of your safari day, looking out over the expanse of Lake Manyara dappled with an array of pink from the flamingoes in the distance you almost feel as though you are sharing a meal with the herds of zebra and wildebeest that neighbour the border of the grounds. The grounds also offer a swimming pool with sun terrace, lounge bar, restaurant, fitness & massage centre, free WiFi, 24- hour reception and an excursion desk for all your questions, excursions or last-minute Safari trips. 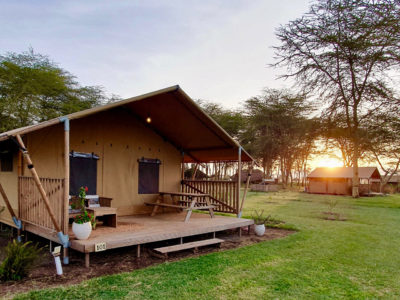 Is commonly referred to as the 8th wonder of the world


Nothing can prepare you for the breathtaking beauty that is the Ngorongoro Crater. As you stand at the viewpoint looking out over the crater, clouds hovering around the tip of the rim with the cool mountainous breeze in the air, there is no mistaking the divinity of mother nature. The Ngorongoro Crater is a world heritage site, the world’s largest intact volcanic caldera and is commonly referred to as the 8th wonder of the world. Due to its natural borders, there is an abundance of wildlife throughout the conservation area which is home to the Big Five including the African Black Rhino as well as hyena, zebra and elephants to name a few. The Ngorongoro Crater is an absolute must on any northern circuit itinerary.

Tree-climbing lions and over 400 species of birds

Large ecological variety in a small area
Lake Manyara National Park, an underestimated gem of the safari parks, offers a large ecological variety in a small area. The alkaline soda of the lake appeals to impressive numbers of birds thriving on its water. More than 400 species have been identified and one of the highlights are the thousands of strolling flamingo’s. From the entrance of the park, the road winds through a groundwater forest area where baboon troops can be seen hanging about on the roadside and in the trees. On the grassy banks of the lake the wildebeest, giraffe, zebra and the large buffalo can be seen grazing the day away. The mahogany and acacia trees are inhabited by the famous tree-climbing lions, if you’re lucky you might spot them lazing on a tree branch.

Home of the elephants

The highest concentration of wildlife outside Serengeti
Tarangire National Park is a fun and easy park to explore. Wildlife is abundant and exposed due to the park’s more compact and open terrain making it easier to see wildlife both up close and from a distance. The park is only a short 2 hour drive from Arusha and in close proximity to Lake Manyara. It is is 2850 square kilometres making it the sixth largest park in Tanzania and offering the highest concentration of wildlife outside the Serengeti. Tarangire is known for its large herds of elephants, which can be viewed at close range. Other animals likely to be seen throughout Tarangire are; wildebeest, zebra, buffalo, gazelle, rhino, warthog, impala, python, lion, leopard and over 50 species of birds.

The jewel of the Indian Ocean

There is no better way to end your safari than by spending a few days/week relaxing on the pristine beaches of the exotic Zanzibar Island. Zanzibar is an island of culture, history and art. Stroll through the cobbled alleyways of the historic Stone town and as you pass by one of the many palace ruins and persian baths it is impossible not to be captivated by the strong arabian influence and romanticism of the Island. The coastal regions are the perfect places to relax and rejuvenate. Spend some lazy days along stretches of white sandy beaches, dive into the clear blue waters of the Indian ocean or explore the underwater world surrounding the island by taking a dive or snorkelling tour. Allow time to stand still as you sip a cool beverage, enjoy the finest of fresh seafood and watch one of the many spectacular sunsets on display 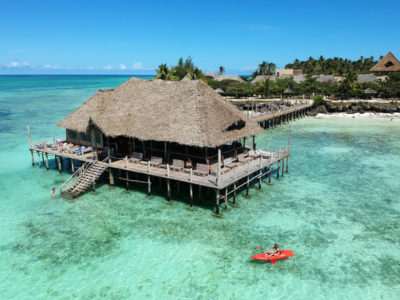 Holiday experiences you can rely on with Paradise & Wilderness