WELCOME TO THE BIGGEST
GAME RESERVE IN AFRICA

It’s Monaneyaorfa the largest remaining wilderness areas in Africa. The reserve is crossed by the second biggest river in Tanzania, the Rufiji River, creating a very dynamic ecosystem. Departing from Zanzibar you will fly here in less than one hour in a sturdy bush plane.
The Cessna Caravan can comfortably seat 13 passengers and its build is perfect for getting you safely to the airstrip in Selous, where your safari vehicle will be waiting.

Selous is home to over 350 species of birds and reptiles, the species of plants account for about 2000 species as well as a wide range of wildlife from African bush elephant, lions hippopotamus, Cape buffaloes, Masai giraffe, zebra and crocodile and everything in between.
It is also one of the most important sanctuaries in Africa for the endangered African wild dog. Selous is a game reserve, resulting in a large advantage over the national parks, in the sense that you have more freedom to explore and can drive offroad. Even on busy days it is still not overpopulated. Africa Safari Selous is situated in one of the world’s best safari locations.

Take the opportunity to join us for an unforgettable safari experience! 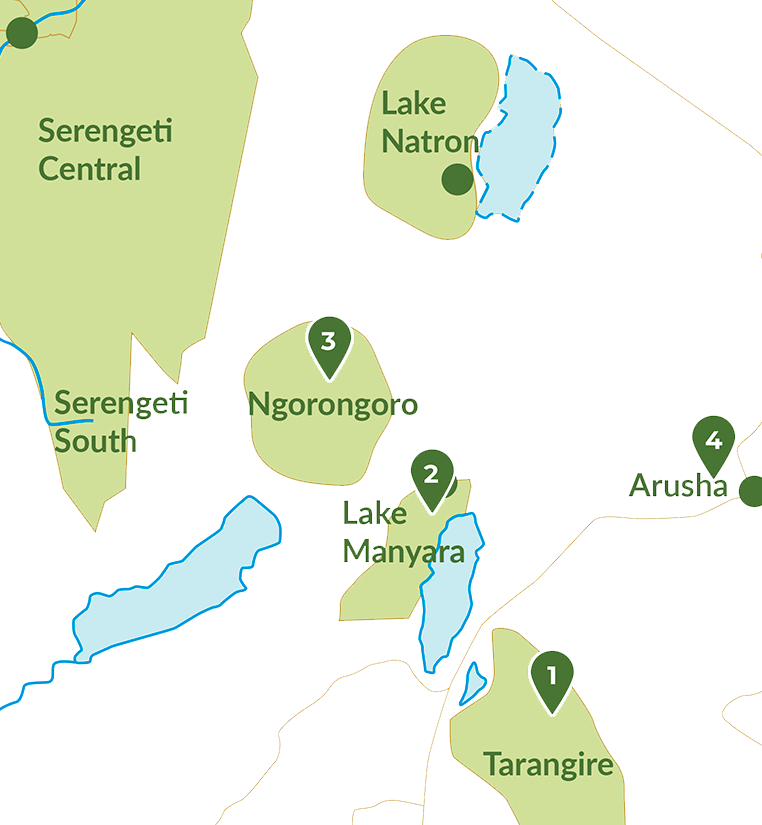 Zanzibar · One of the jewels of the Indian Ocean

Upon arrival at the airport of Zanzibar your driver takes you to Reef & Beach Resort, where you will check in to a Suite room. Take your time enjoying the Resort by having a drink at the Jetty Bar, sunbathing or take a cooling dive in the Indian Ocean or swimming pool. 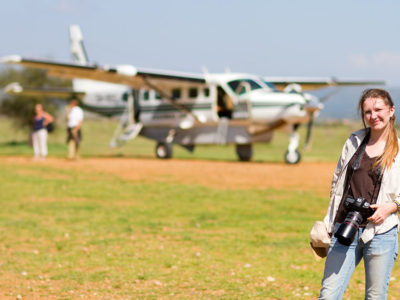 After an early breakfast, you will be taken to the airport for a flight in a sturdy bushplane to Selous. You check in to Africa Safari Selous and once done, the Bushman is awaiting you to explain the natural surroundings. In the afternoon, a visit to the local village is planned before starting off on a Boat Safari over the Rufiji River. At the end of this exciting day you will have dinner and overnight in Africa Safari Selous. 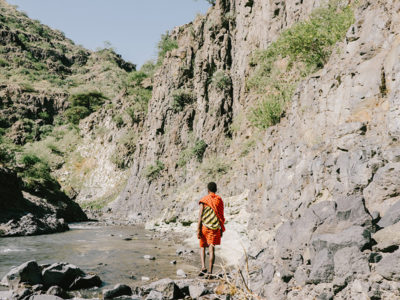 After a good breakfast you will spend a full day game driving in Selous GR (Nyerere National Park). It’s one of the largest remaining wilderness areas in Africa. The reserve is crossed by the second biggest river in Tanzania, the Rufiji River, creating a very dynamic ecosystem. Selous is home to over 350 species of birds and reptiles, the species of plants account for about 2000 species as well as a wide range of wildlife from African bush elephant, hippopotamus, lion, Cape buffaloes, Masai giraffe, zebra and crocodile and everything in between. The vehicle is an open four-wheel drive safari jeep, perfectly suited for taking unobstructed pictures. The vehicles are low emission, thus less noise, and therefore we can take you close-up to the wildlife. 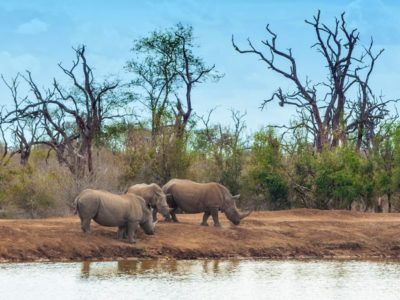 This day is a day to relax, you can use it to book an optional Safari Game Drive to the Hot Springs or stay at Africa Safari Selous, sleep in, take a dive into the swimming pool and just enjoy nature.

After breakfast, you take a short ride to the airstrip and a domestic flight back to Zanzibar Airport. Next, you will arrive at Paradise Beach Resort. Here you will check-in to a Suite room. The coming days you can enjoy Paradise Beach Resort, the ocean and relax or if you like you can venture out on one of the many excursions offered.

You can’t leave Zanzibar without a visit to Stone Town. After breakfast, your driver will bring you to Dream of Zanzibar Hotel in the centre of Stone Town. Spend time today to discover the old town, markets, little streets and the local shops.

After breakfast and check-out, a vehicle is awaiting you to take you to the Airport of Zanzibar for your flight back home.

Set in magical Southern Tanzania, Africa Safari Selous is a paradisiacal retreat, located close to the entrance of the Selous GR (Nyerere National Park) and the Rufiji River is within walking distance.

We also offer a swimming pool with sun terrace, Lounge bar, Restaurant, Reception and an Information Desk for all your questions, excursions or last-minute Safari trips.

A genuinely warm African welcome awaits you. Enjoy the excellent service and warm friendly service of this lodge
and its local staff.

One of the biggest reserves in Africa!

Selous game reserve is 50,000 square kilometres making it one of the largest protected areas in Tanzania.
Not only is it one of the biggest reserves in Tanzania but it’s also greater in size than some countries – like Switzerland or Denmark! Selous is home to a diverse and significant number of flora, fauna and wildlife.

Selous game reserve is part of the Nyerere National Park. It’s one of the largest remaining wilderness areas in Africa. The reserve is crossed by the second biggest river in Tanzania, the Rufiji River, creating a very dynamic ecosystem. 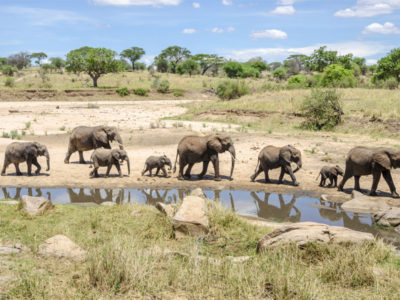 Holiday experiences you can rely on with Paradise & Wilderness

Find your safari
We use cookies By using our site you agree to our use of cookies to deliver a better site experience.
Accept