Skip to content
Click here to WhatsApp us!
Book with confidence and enjoy a safe holiday
Find your safari

If you are looking for a Safari lodge in Tanzania, you’ve found the right place.

Africa Safari Serengeti Ikoma is a comfortable safari accommodation situated within the Serengeti Ecosystem and just 300 metres from the National Park border. Located between Serengeti Seronera, Grumeti and Ikorongo Game Reserves the location is perfect for exploring the Serengeti and all that is on offer in one of the country’s largest national parks. As the lodge is just outside the National Park there are no required Government park or concession fees applicable on overnights, simply the cost of the accommodation itself.

The annual migration is at your doorstep for several months of the year and the rarest of the big 5 - The Black rhino can often be sighted grazing nearby. Being in such close proximity to the Grumeti river, Africa Safari Serengeti Ikoma has a backyard full of animals. With spacious, comfortable lodgings and welcoming service, Africa Safari Serengeti Ikoma guarantees the finest combination of comfort and nature.

Discover our own Africa Safari accommodations

We offer 3 types of rooms, all carefully furnished in an authentic African style. 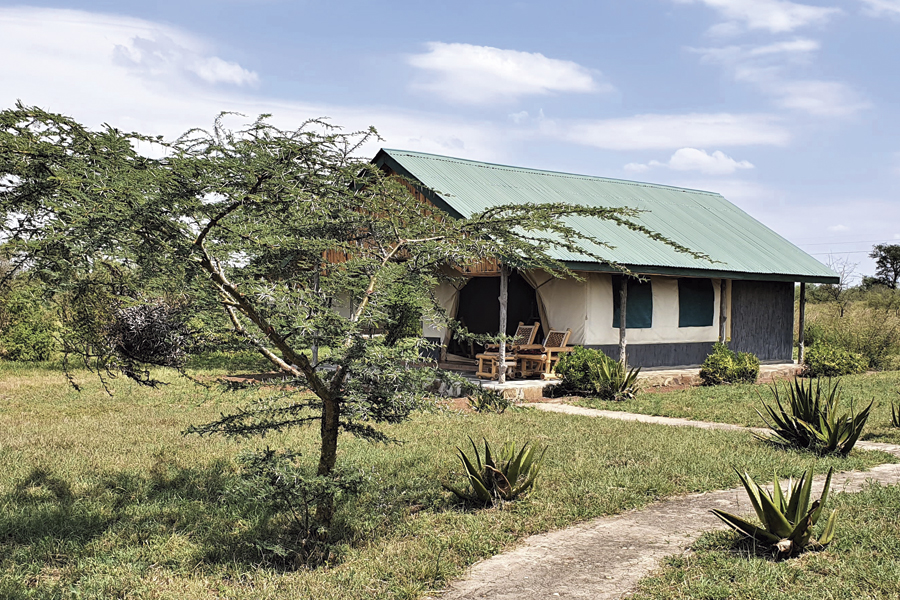 The Safari Comfort Accommodation is a spacious 60m² accommodation with a double bed and a single bed (an extra single bed can be added on request). It has a 10m² terrace that will make the most of your stay!

All the Accommodations are equipped with European toilets and bathrooms.

Enjoy our camping area with shared new bathroom in a new construction building. 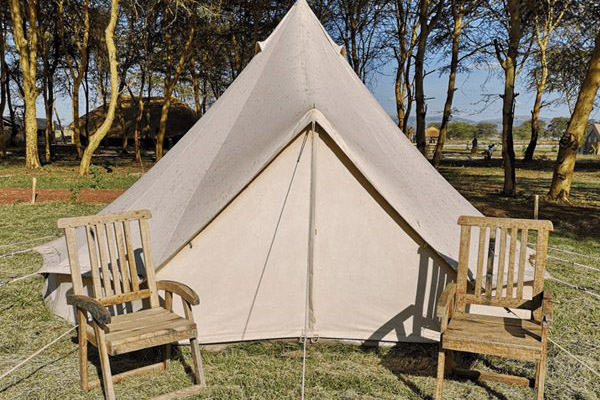 Africa Safari Serengeti Ikoma is a comfortable safari accommodation situated within the Serengeti Ecosystem and just 300 metres from the National Park border. Located between Serengeti Seronera, Grumeti and Ikorongo Game Reserves the location is perfect for exploring the Serengeti and all that is on offer in one of the country’s largest national parks. 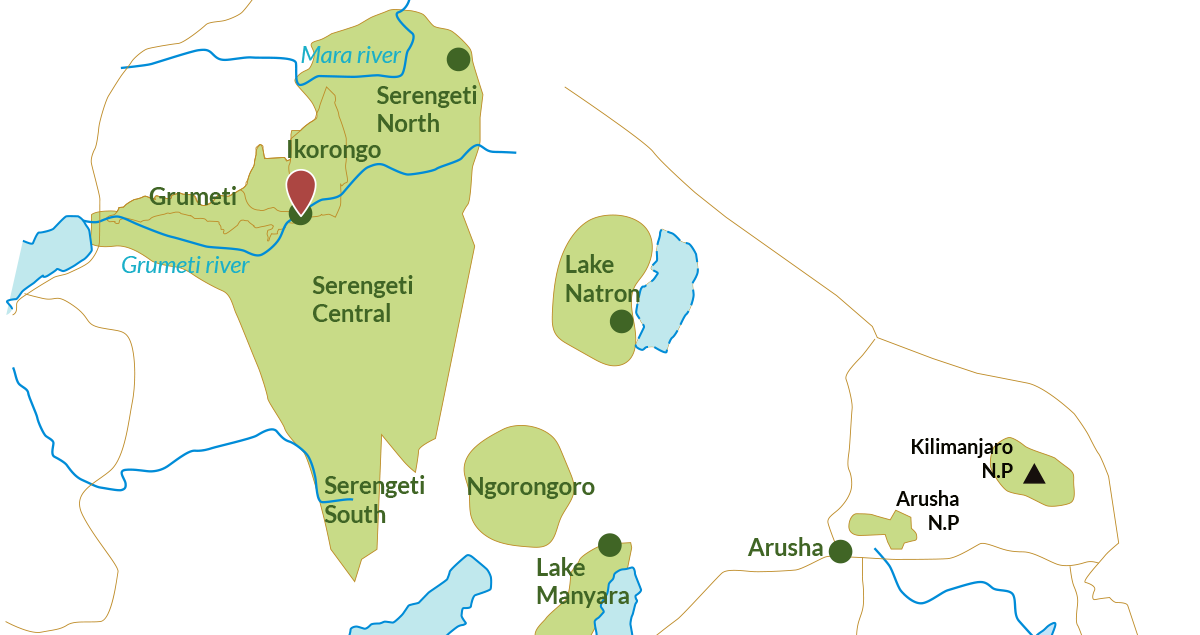 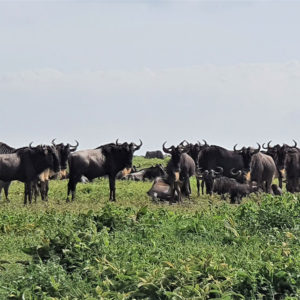 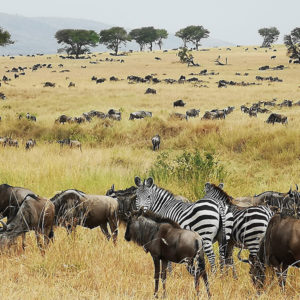 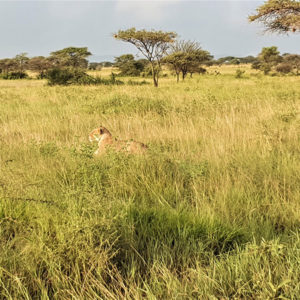 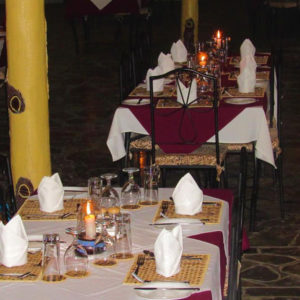 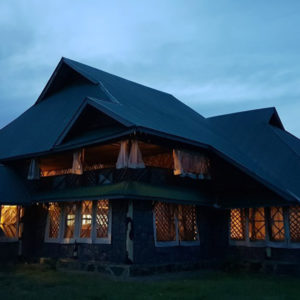 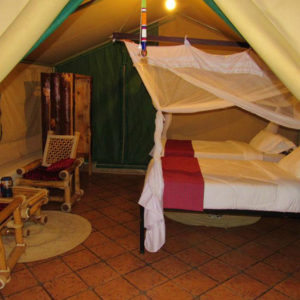 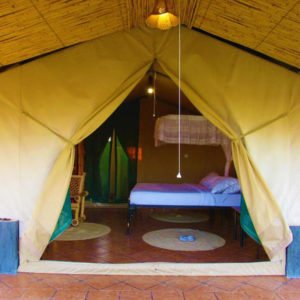 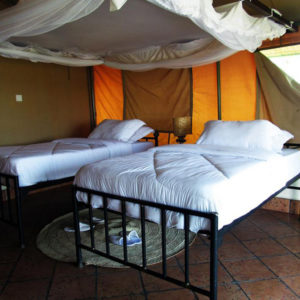 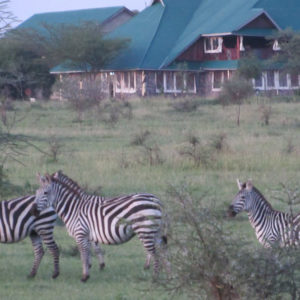 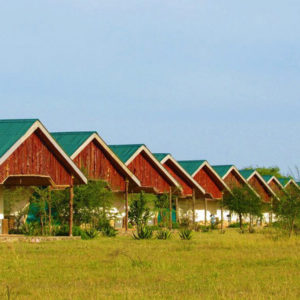 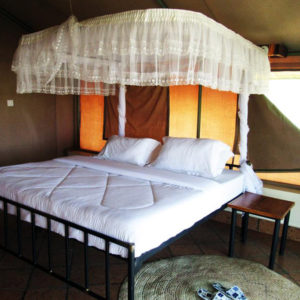 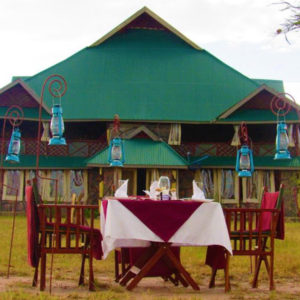 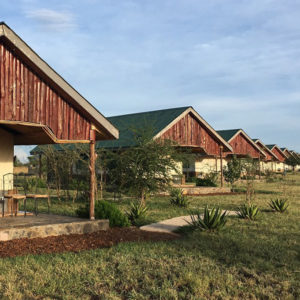 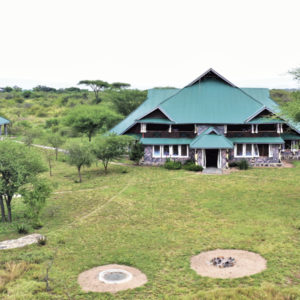 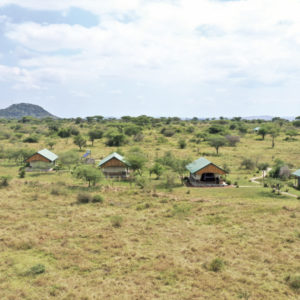 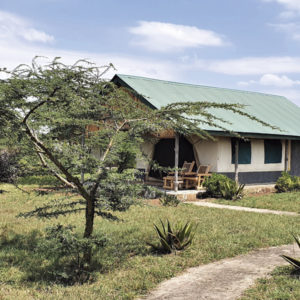 The country of Kilimanjaro, Zanzibar and the pristine safari parks. Our resorts and safari camps provide you with an unforgettable Beach & Safari experience. We speak your language, understand your needs and work with motivated local staff. Tanzania is a country where security and political peace have been guaranteed for years.

In other words: “an excellent holiday destination!”

Keep your camera ready... and stand eye to eye with the Big Five

Discover the elephant, rhino, buffalo, lion and leopard in the unique Ngorongoro crater or in Serengeti National Park.

The Great Migration in Tanzania

The annual migration, also known as the “Wildebeest Migration” is undoubtedly one of the greatest natural spectacles you should not miss. Thanks to our Safari accommodations in Lake Natron, Serengeti North, Central and a mobile camp you are always close to the animals.

THE BEST-KNOWN WILDLIFE SANCTUARY IN THE WORLD

Endless plains and stunning savannah
With vast open plains and an abundance of wildlife as far as the eye can see, the Serengeti is a safari maker’s dreamland. As the park is so expansive, it is ideally recommended to spend several days exploring. Serengeti National Park spans across 14,763 square kilometres and is easily the largest and arguably most popular of the Northern Circuit National Parks. The Serengeti is host to the annual Wildebeest migration, when some six million hooves pound the open plains, as more than 200,000 zebra and 300,000 Thomson’s gazelle join the wildebeest’s trek for fresh grazing. Buffalo, elephant, giraffe, lion, hippo and hyena are also frequently sighted throughout the Serengeti.

Path of the wildebeests
From May to July the wildebeest migration passes through the Grumeti Game Reserve on their way to northern Serengeti so a perfect time to see the migration in action. During other times of the year this area has amazing wildlife on show, as it is situated on the Serengeti National Park border and has the Grumeti river running alongside. Here you will have a good chance to spot the Black rhino as this area is home to 11!! of these majestic but endangered creatures.

Rivers run wild
Ikorongo Game Reserve is located along the left side of the northern part of Serengeti National Park. The small reserve was established in 1994 by the Tanzanian government to maintain a safe pass for the great migration. Ikorongo Game Reserve is part of the Serengeti ecosystem, one of the oldest in the world; it protects the largest and most varied concentration of wildlife on the planet. Ikorongo is rich in flora and fauna species as the reserve has several rivers crisscrossing, and where there is water there is wildlife; elephants, rhino’s, giraffes, buffalos, greater and lesser Kudus, hyenas, baboons, zebras, lions, wild dogs, Grants and Thomson gazelles, topis, warthogs and duikers to name a few. Easy-going game drives can be made here in low emission 4x4 safari vehicles with open sides to give you the best view on wildlife and the astonishing natural surroundings.

WE ARE HERE TO HELP YOU

Contact us, we’ll be glad to answer your questions