Home of the elephants 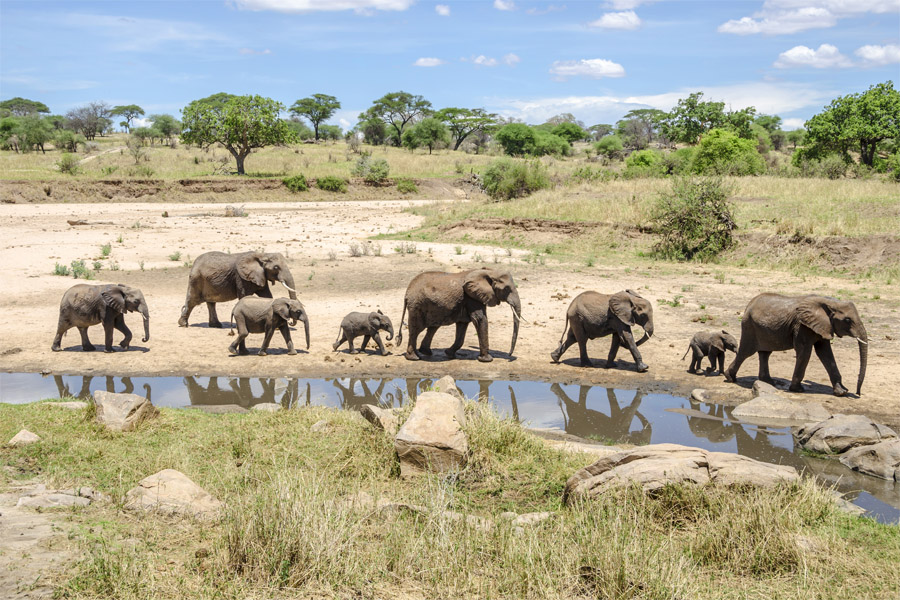 The highest concentration of wildlife outside Serengeti

Tarangire National Park is a fun and easy park to explore. Wildlife is abundant and exposed due to the park’s more compact and open terrain making it easier to see wildlife both up close and from a distance.

The park is only a short 2 hour drive from Arusha and in close proximity to Lake Manyara. It is is 2850 square kilometres making it the sixth largest park in Tanzania and offering the highest concentration of wildlife outside the Serengeti. Tarangire is known for its large herds of elephants, which can be viewed at close range.

Other animals likely to be seen throughout Tarangire are; wildebeest, zebra, buffalo, gazelle, rhino, warthog, impala, python, lion, leopard and over 50 species of birds.

Find your safari
We use cookies By using our site you agree to our use of cookies to deliver a better site experience.
Accept